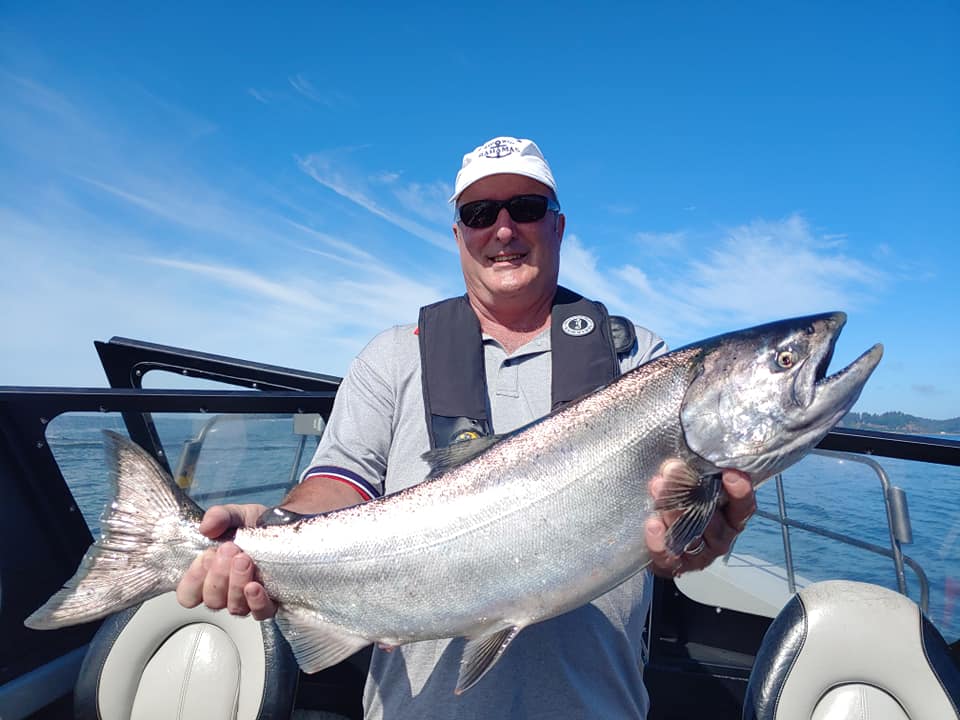 Our Columbia River Portland Fishing Guides fish mainly between the I-5 and I-205 bridges for Spring Chinook but it is not uncommon to see them cruising down river from the I-5 bridge. Portland offers some great springtime fishing for Chinook Salmon. This fishery takes place from late March to early April. On a good run year, it is not uncommon to have limits of nice, chrome bright Chinook shortly after sunrise. This is the most prized Chinook you can catch, often selling at Pike’s Market in Seattle for over $70 per pound! These fish are genetically rich with fatty oils which makes eating them a real treat. On certain days we also fish sections of the Willamette River. Down river trolling herring behind flashers just off the bottom is the hot ticket but you might also find our guides on anchor dangling plugs and herring behind the boat.