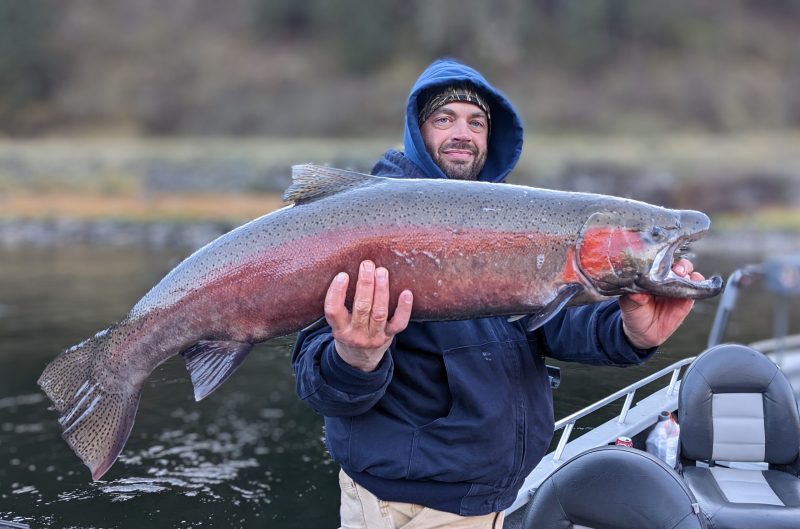 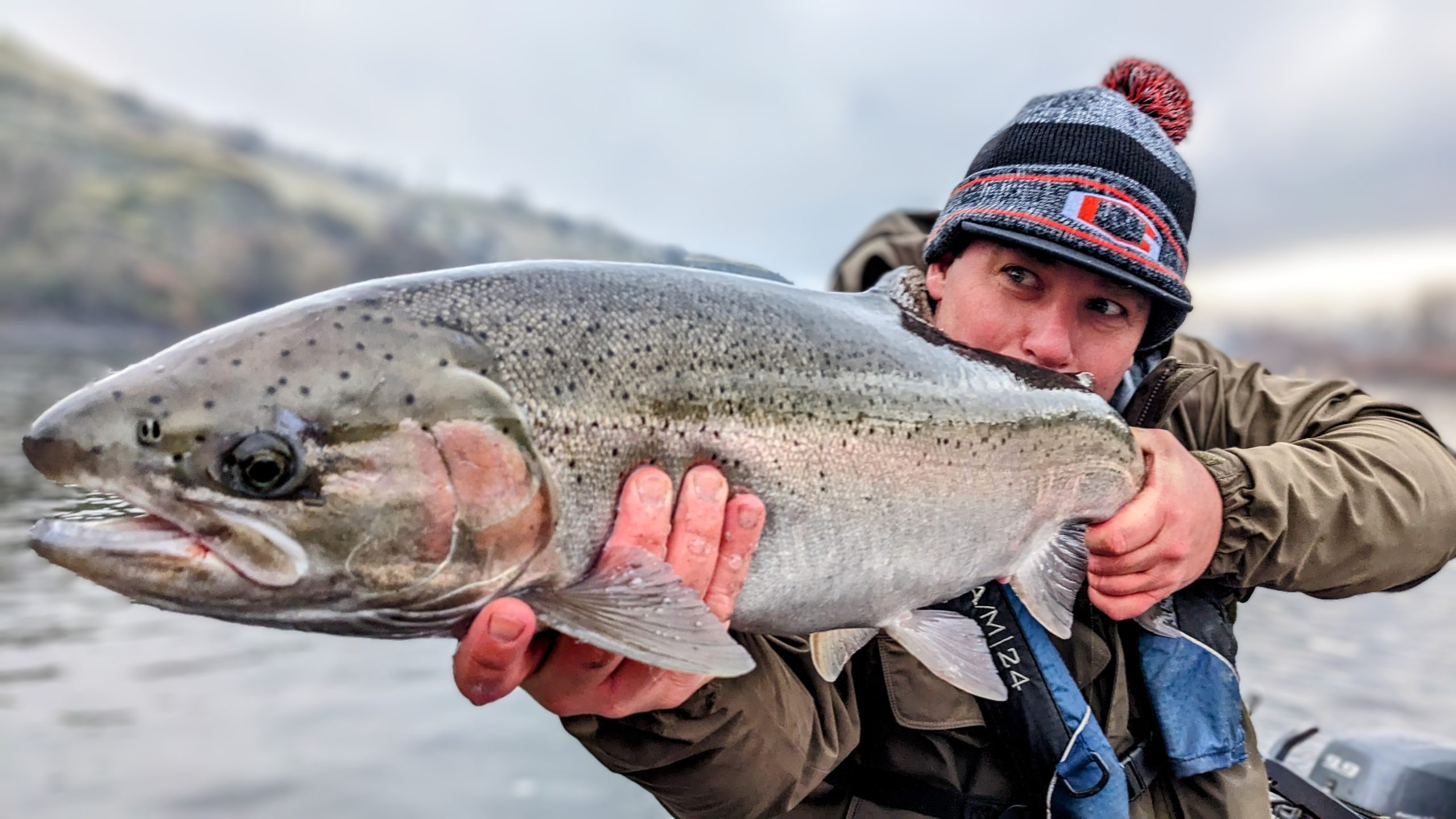 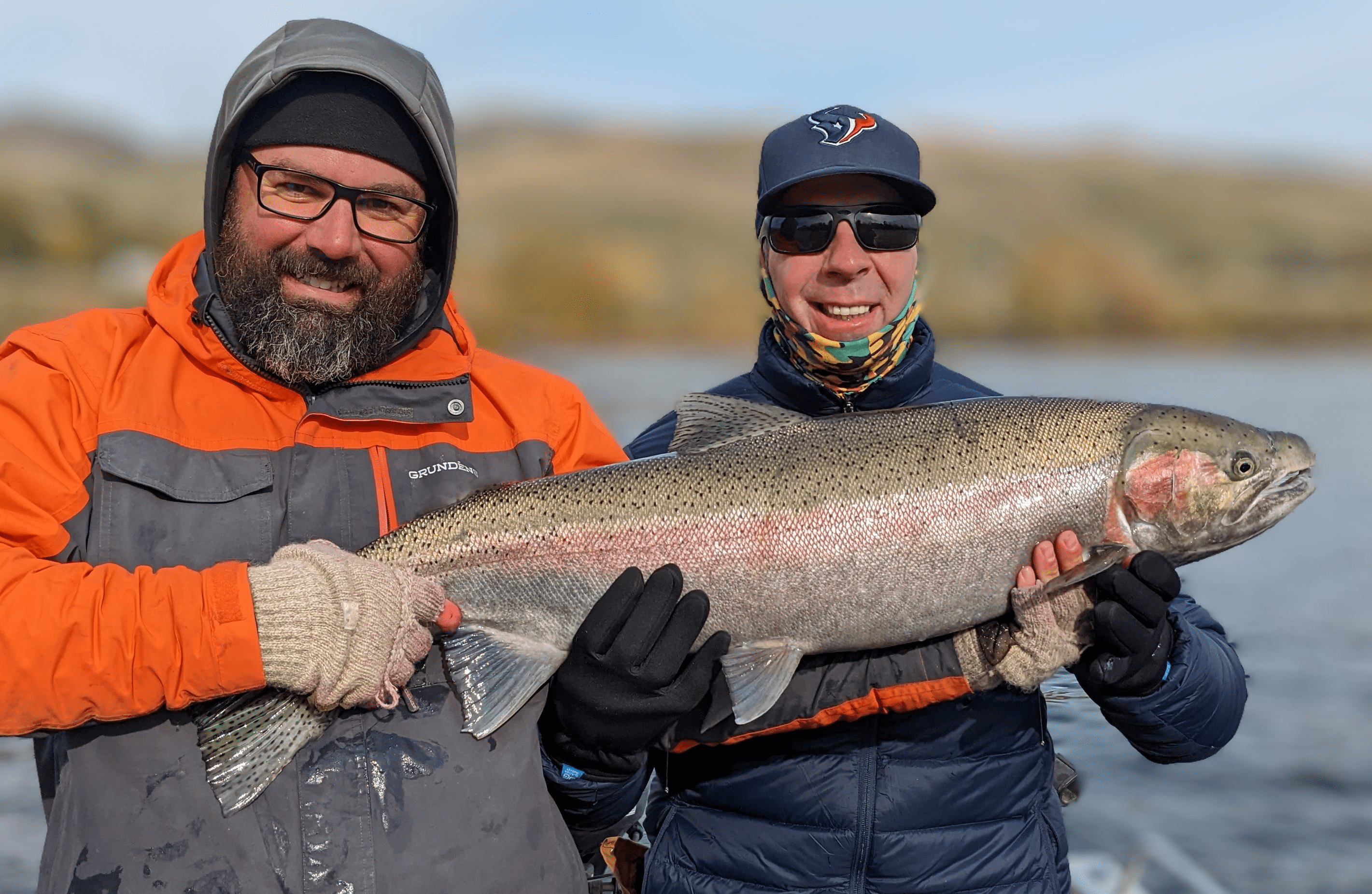 World famous for it’s B-run Steelhead averaging 10 to 12 lbs with several 20 lb plus fish to be taken, the Clearwater River is highly regarded as one of the best Steelhead rivers in the world. The Clearwater is a relatively shallow river with rocky structure and gravel bars making drifting bait the primary method of fishing here. It is not uncommon for our Clearwater River Steelhead Fishing Guides to put your group onto 20 or more Steelhead in a day!! Our six full time guides will cover a 40 mile section of river beginning in Lewiston, Idaho and extending into the town of Orofino, Idaho. Reel Time Fishing is one of the few outfitters who’s guides will fish every inch of this 40 miles of river, allowing for us to follow the fish around and have a strategic advantage in the early season when the fish are spread throughout the river system.

The Clearwater River Steelhead season extends out over seven months, opening in July for catch and release and then catch and keep in October, making it our longest and our most popular fishery we offer. These brutes make their way 450 river miles inland, starting their journey up the Columbia River at Astoria, Oregon and ending at one of many hatcheries, wild spawning habitat, or on the end of your line. Thanks to the largest Steelhead hatchery in the nation, we are fortunate to be able to harvest these beautiful creatures. Without Dworshak or Clearwater hatcheries, we would not be able to sustain runs large enough to hold a harvest fishery.

Reel Time Fishing operates as a licensed Idaho outfitter under four limited entry permits issued by the Idaho Outfitters & Guides Licensing Board. Our Steelhead trips operate under two of 10 permits issued for the Lewiston to Orofino section. These permits are difficult to obtain which restricts competition and helps keep guide traffic to a minimum. Each guide must work as an employee for the permit holder (outfitter) which means each guide has been hand picked and are the best of the best.

The Clearwater also sees a run of spring Chinook. Our Clearwater River Fishing Guides will fish a 70 mile section of river from Lewiston to Kooskia, with stops along the way in the communities of Lenore, Peck, and Orofino. Trolling herring, eggs, or plugs as well as back-bouncing eggs are the best methods of take in this fishery.

Idaho Clearwater Spring Salmon are regarded as the best tasting salmon out of the three chinook runs that make it into Idaho.
The weather is nice this time of year which makes for a great family fishing trip!

In recent years we have been able to target fall Chinook & Coho that have been making their return to the Clearwater River. Both of these species begin to pick up towards the end of September and fishing for them is prime early to mid October. Side-drifting our Steelhead gear with cured roe is our primary way to target the fall Chinook, whereas trolling plugs tends to put more Coho in the boat.
We now offer the Clearwater River Trifecta where we can target and harvest Steelhead, Chinook, and Coho all in the same day. 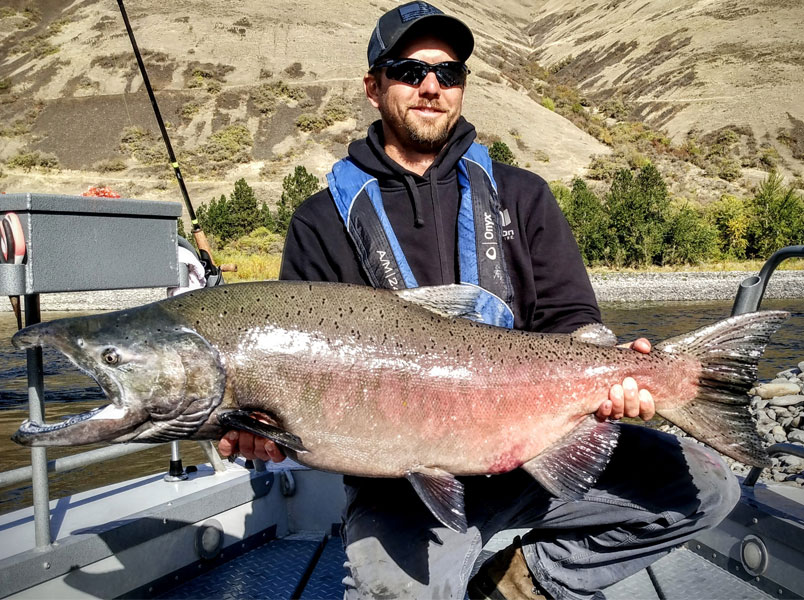 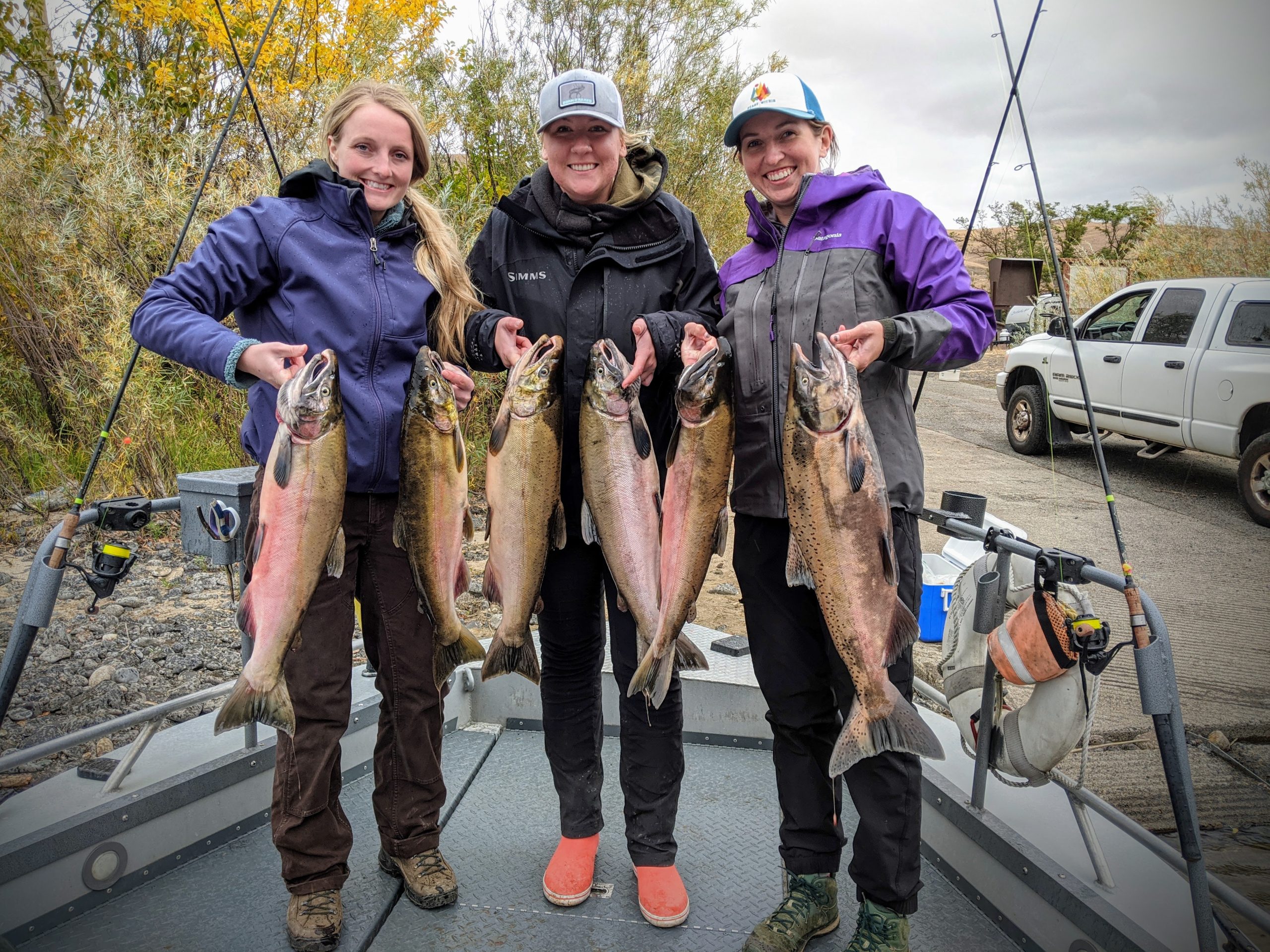