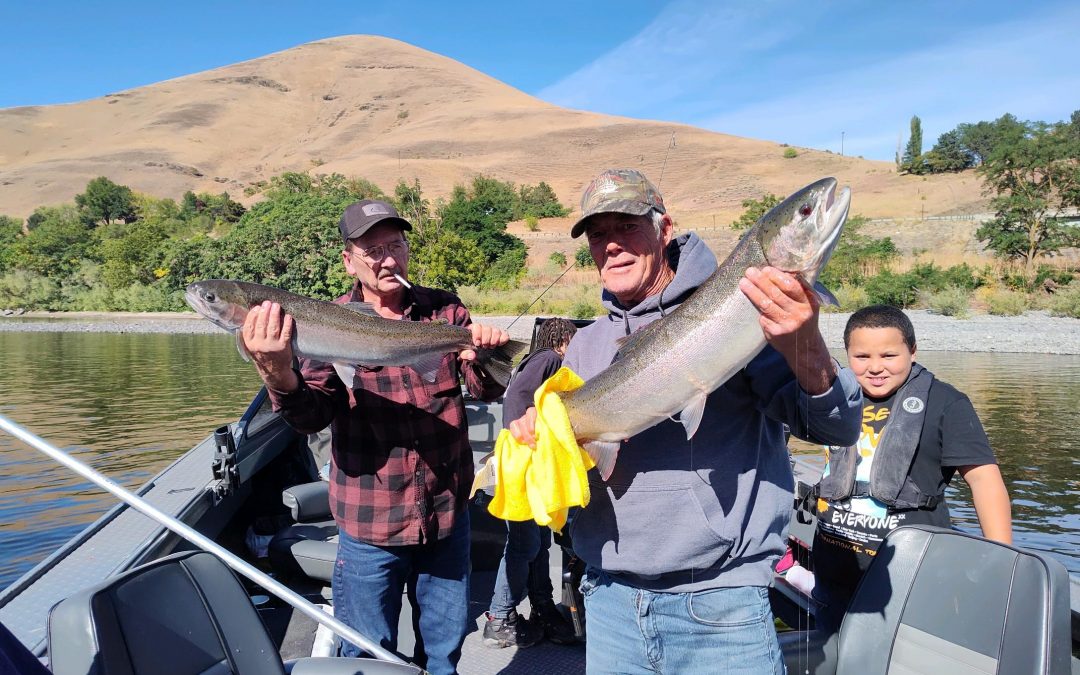 Our guides are already on the Clearwater River catching the early return of Steelhead and we expect a good push of the bigger B-runs to start showing in numbers around the 1st of October. If survival from Bonneville to the Clearwater is good, we should see one of the best seasons in almost a decade.

With the catch & release season now during the highest migration period for the B-run Steelhead, we expect Oct 15 to Nov 9 to be some of the most epic catch & release fishing we’ve ever experienced. If “catching” is on your list and “harvest” not as important, we recommend booking during this period. For the anglers who would like to take some fish home, we expect Nov 10th (1st harvest day after 3 weeks of C&R) to be an opener on steroids. We currently have multiple boats open on Nov 10th and the days following. If nicer weather suits you better, we do have a few select harvest days left available in early October before we go into the C&R period.

We have single boats booked Oct 4th, 5th, & 10th if you are another single or smaller group that wouldn’t mind joining another angler already booked.

No comments to show.